I have an ongoing conversation with some of my friends about art. Specifically, if I am an artist. 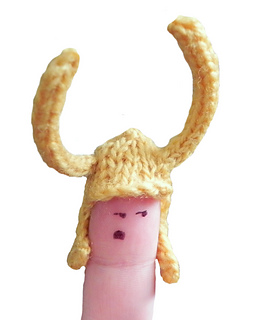 And with boobs. Because why the heck not:

They’re kinda staring at you, aren’t they?

And as hilarious as they are, I just don’t think that making a robot with fake tits is art.

I’m not being self effacing, or demeaning my work. I’m a craftsperson, and in the field of vinyl robot pouches wearing underwear as headgear or sweaty armpits, I’m probably a leader. I just don’t think it’s art.

I mean, if you want to buy a bunch of these guys and stick them on your wall, I am not going to argue with you. Go for it. Treat it like art, you are totally welcome to have your own opinion on this matter. Hey, if you’re a gallery and you want to exhibit some bots? Awesome. I will be there in a heartbeat. I’ll even make you an artist’s statement. That statement might be “I don’t consider myself an artist, but I like to make people laugh”, but I’ll write it up real nice for you.

All of this is to say; I ran across some art the other day, and I wanted to share it.

Ai Weiwei is a chinese contemporary artist who has been in the news quite a bit for lots of various work he’s created.  But specifically, I’d like to talk about this piece:

This piece, called “Straight”, consists of 38 tons of steel rebar. Now, normally, this is the kind of thing I’m not a huge fan of. I mean, a bunch of steel rebar? Really? But then you find out that this is steel rebar scavenged from collapsed schools after the 2008 earthquake in Sichuan that killed 68,000 people, over 5000 of them school children. The schools allegedly collapsed due to shoddy construction and poor building practices; making this a tragedy that could have been mitigated. Ai Weiwei and his team purchased the rebar and spent years hammering it straight. They collected the names of the children who died, and this list is recorded and played at the installation. It takes hours to get through the whole thing.

I discovered this work through the vlog of the incomparable John Green:

If you are anything like me, after viewing this you’re left with an overwhelming desire to help. I don’t know how to improve the infrastructure or building practices of schools in China. I can’t go over there and help. I can’t bring those kids back, but I can make life better for the people still on this planet. Instead of focusing on one tragedy, we can help in other places. Consider joining Kiva, where you can make micro loans to alleviate poverty (that link is a referrer link, but I make no money off of it. You get a free $25 loan when you sign up). Donate to the Red Cross, or a local agency of your choice. I think we all know ways in which we can make the world a better place.

This is art, my friends.